Login to your account to see your publications, favorites, etc.

Welcome, this will be an amazing experience! 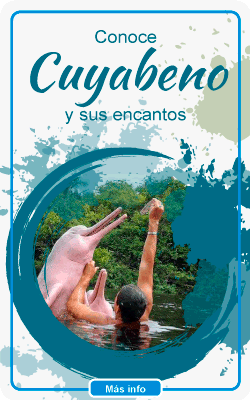 The lagoon is formed by the Garza creek, which is shallow: but in times of flood, when its waters are stopped by the Yasuní barrier, they extend through a low jungle, abnegating it in its entirety. More than a lagoon, it should be said that it is a large manchal forest covered by water.

The Garzacocha lagoon is one of the most visited attractions in the area. Its waters are formed by the Garza Creek. It is located in the tropical humid forest and has green forest and black waters.

It has a great diversity of species both flora and fauna, being the most representative species of the latter the river wolves, manatees, herons. These are biological indicators of unaltered ecosystems.

In the lagoons of Jatuncocha and Garzacocha you can spot an infinity of birds and butterflies of different colors, sport fishing, piranha fishing, explore the forest and observe alligators.

Its name is due to its representative species the Heron and the word cocha comes from Quechua kocha, which means lagoon.

It is located in the province of Francisco de Orellana, in the Aguarico canton in the Kawymento parish, at 15 minutes from the Huaorani community and five hours from Nuevo Rocafuerte.

There are tree species of 40 meters like the ceibo, in the lacustrine systems the typical plant of this formation that is the chontilla.

This lagoon, located within the Yasuní National Park, is located within the humid tropical forest life zone and has the following vegetation formations: evergreen forest of lowlands flooded by white waters and black waters, it is for this type of formation that presents great diversity of species of both flora and fauna, being the most representative species of the latter the river wolves, the manatees, the herons species that are biological indicators of unaltered ecosystems.

Within these plant formations we can find animals such as the pink dolphin, gray dolphins, manatees, sea lions, monkeys such as the plovers, birds such as macaws, parrots, herons and alligators.

Highlights of the Garzacocha Lagoon

• Laguna de Jatuncocha: It is the largest tourist potential in the area since it is located inside the Yasuní National Park, therefore, it is an intangible zone, and therefore the species of fauna existing in the area will not be eliminated, nor hunted.

• Yasuni National Park: The park is an infinite succession of small hills, formed by the millenarian passage of the rivers. It houses one of the most biodiverse ecosystems in the world, where the most diverse representatives of tropical fauna and flora live, UNESCO declared it a World Biosphere Reserve. It is a natural laboratory that offers the opportunity to learn about tropical systems.

• Cuyabeno Wildlife Reserve: Part of the Cuyabeno Wildlife Production Reserve located in the Province of Orellana sits on a total of 603.380 hectares, considered one of the most biodiverse places on the planet along with Yasuni National Park.

1. Wear appropriate clothing: wearing long-sleeved clothing will prevent mosquito and insect bites. It is also important to wear special pants that dry quickly for jungle expeditions.
2. Have painkillers and antihistamines on hand
3. Avoid dehydration
4. Don't forget the courtesy: If your program includes the visit of indigenous settlements, it is important to respect their traditions
5. Do not get off the road
6. Protect your electronic devices: The humidity of the jungle can seriously affect the electronic devices, so it is convenient to store them in sealed bags
7. Backpack instead of travel suitcase

The lagoon is formed by the Garza creek, which is shallow: but in times of flood, when its waters are stopped by the Yasuní barrier.

Activities you can do

It is located in the Cononaco parish, within the Yasuni National Park, twenty minutes from the Waorani Kawymeno community, to access it is entered by the Yasuni River from Nvo. Rocafuerte 6 hours by canoe upstream.

Do you know this place

Help other travelers discover and enjoy your experience 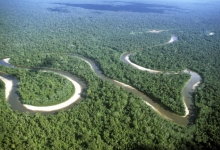 Subscribe to receive news about tourism and exclusive offers!